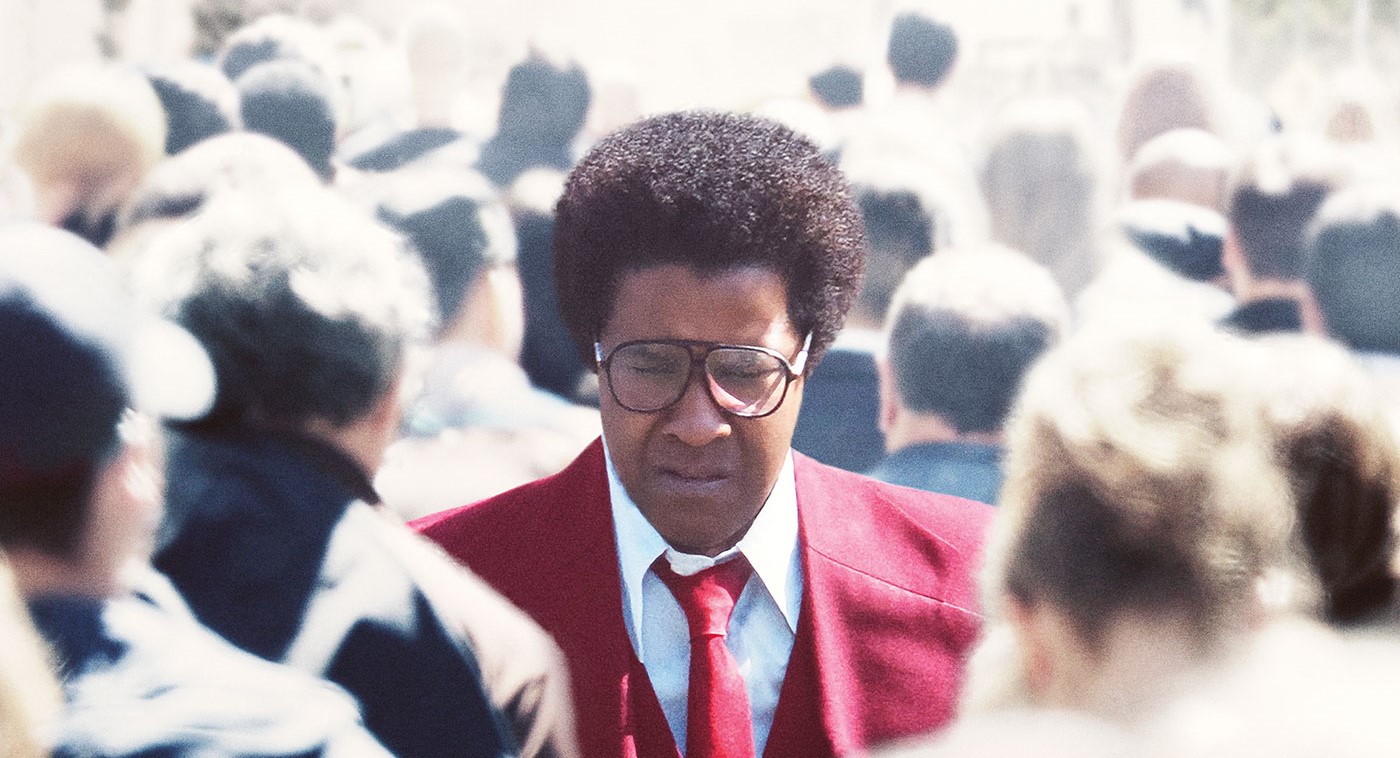 Roman J. Israel, Esq is a shabby movie, a frenetic misfit full of ideas that simply cannot find it’s rhythm or pace. Much like it’s central character it’s an oddball movie and a strange inclusion for this years Oscars. But this is a one man show. This is about the mighty Denzel. Roman J. Is a lawyer who is suddenly ousted from his small office where he has been ensconced for several decades and is thrust into the big wide world. With his roots in activism and his methods strictly old school Roman is a nervous social misfit with a genius savant like ability to remember details of cases and legal information with perfect recall. He sets out on a path that collides his idealistic “right on” black power 70s stance with young activists of today, and the modern world of big flashy lawyering.

Colin Farrell plays the big money lawyer who Denzel battles with and alongside. Farrell’s lines are all so devoid of passion in his performance you wonder why he bothered turning up to set. Denzel Washington on the other hand is a tour de force. An unshakable force of nature, Denzel is really going through the most wonderfully curious section of his career and it’s again clear he is one of the greats. You get the sense that these days Denzel is only taking parts that peak his curiosity and will give him a chance to stretch his legs. Washington has been so kind on this occasion to imbue a very schizophrenic film with a sense of purity. Roman J. Israel Esq. Is a character that holds himself to a very high moral standard and wears his humbleness as a badge of honour, even in his designation as “Esquire” he sums it up nicely by saying it’s something “slightly above gentleman, but below knight” There is so much conviction in Denzel’s performance it’s only when Roman J cuts his hair short at one point during the film that you recognise Denzel as himself. Washington is a master and although this part is not going to take him as close to winning a best actor Oscar as last year’s incredible Fence’s performance did (it really was rightfully his), the fact that he is nominated at all for his part in such a bewildering movie is recognition of an actor working at the height of his powers.

The film’s style jumps around from place to place, with somewhat inappropriate detours that undermine the movie. As a whole the film doesn’t ever come close to complimenting the effort Washington makes on his part. Carmen Ejogo plays Maya, the young female activist who eventually but slightly inexplicably is inspired by Roman’s search for a moral code in a world that has lost it’s moral compass. It’s just a shame the director chose to create so many bizarre little odd moments that simply don’t work or just distract from the film’s key thoughts. It has numerous cheesy bits, clever theological elements and philosophical dilemmas, and even a bit where it chances its arm at being something of a heist movie, its weird and silly at times and other times sharp and insightful. Despite being a bit of a series of unfortunate movie making events it is a daring movie with lots of intelligence in it, with an incredibly intelligent performance at the centre of it.