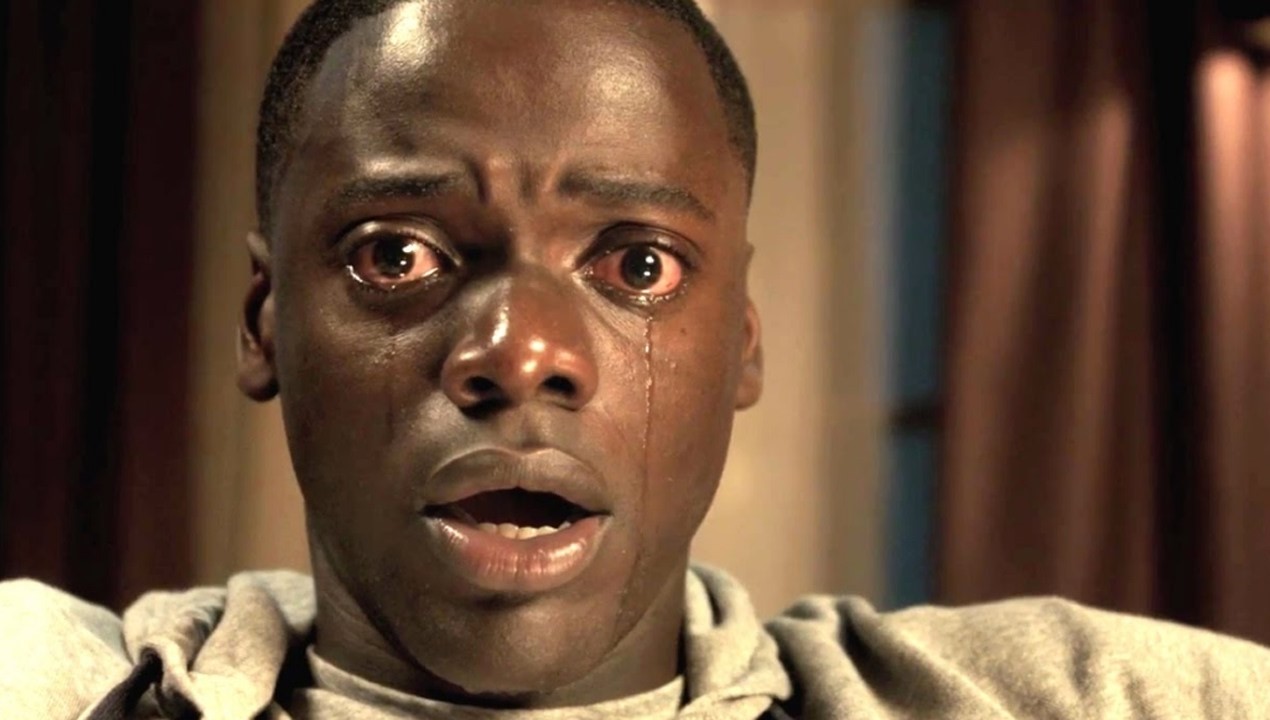 Get Out is the debut of writer / director Jordan Peele. A horror movie that sees Daniel Kaluuya as Chris Washington accompany his girlfriend Rose (played by Allison Williams of Girls) to her family’s leafy country estate to meet the parents. There’s only one problem, Chris is black and Rose’s family are pretty painfully white. Cue some accurate and funny satire that sees Rose’s dad quickly mention “If I could, I would have voted for Obama for a third term”. As the trip unfolds, many moments of amusing, on the money satire, such as Rose suddenly becoming outraged about the prejudice of a police officer demanding to see Chris’s I.D. but not hers (Chris just rolls his eyes at her realisation of what is an all too familiar truth for him). The satire is largely well delivered as Kaluuya exploits what is a strong over arching premise. It’s hard to discuss that premise without spoiling the plot but suffice to say it’s one that brilliantly turns race relations on it’s head. It’s a horror with a satirical streak much like Dawn Of The Dead, or The Stepford Wives (particularly the latter). It’s a grand tradition in the genre and Kaluuya has dreamt up a strong concept to continue said tradtition.

Unfortunately like many horror movies, most of the value is in waiting for the full extent of the premise to be laid bare. The moment you understand the clever idea at the centre of this already relatively average horror movie, much of the movie’s brilliance dissipates. In fact, during the final section of the movie, which is obviously required to be tense, there is little or no tension. The movie has to unfortunately go through the motions of fulfilling the natural conclusions of it’s premise. The scene where Jordan is frantically trying to find his car keys as the full extent of the families dark secret is revealed, you have already clocked the totality of the premise and Chris’s escape attempt is totally bereft of drama. Sometimes in horror movies once you have seen the monster it is altogether less terrifying than when it lurked in the shadows. Similarly once you are in on the big idea the intrigue that powers this concept movie is gone.

Get Out has brilliantly captured the zeitgeist with it’s comment on racism, and is a movie of note purely and simply for that reason. Cinematically and artistically speaking it has nothing to offer of any real note and is more akin to The Blair Witch project. A movie that is defined by the buzz it creates around the time of release but essentially relies on the gimmick, and certainly won’t stand the test of time as a timeless classic. Much like another of this year’s Oscar season releases (LadyBird), it famously hit 100% on Rotten Tomatoes before dropping to 99%. It’s a testament to how clever and relevant the idea behind the movie is and how there are a number of wryly funny moments that perfectly satirise race relations. Lil Rel Howery in particular fantastically delivers some good lines as Rod, Chris’s TSA officer best friend (& comic relief) who hilariously has concerns about the trip from the start. But again, as movie, it’s a pretty plain effort. A brilliant bit of satire but a hollow piece of film making. Beyond the premise, the script suffers from the usual hokey plot points that require you to ignore common sense on top of your general suspension of disbelief required inherently in the genre. Get Out is a must see movie just to see the horror movies and race relations turned on it’s head, just don’t expect to be dazzled by what is actually just some distinctly average film making with little or no distinctive style or invention.